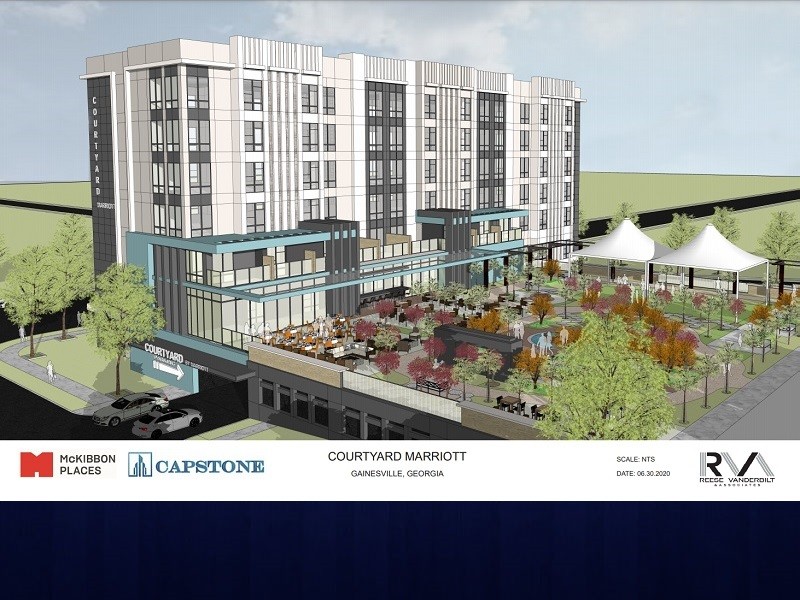 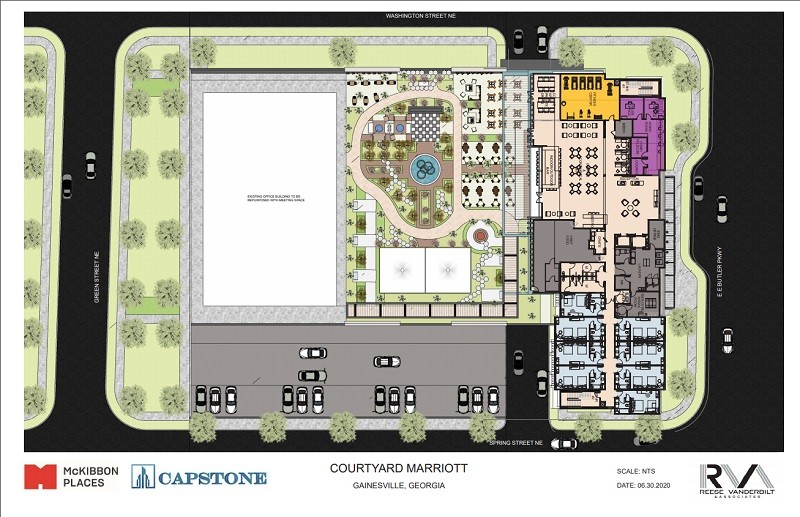 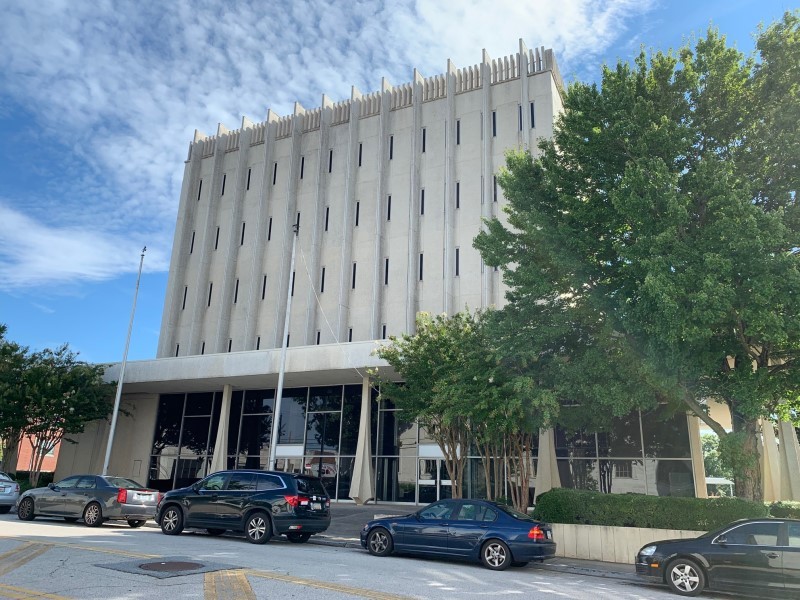 A landmark building in downtown Gainesville will soon have a new look, a new name, and a new purpose after plans for a live-work-play development were announced Wednesday.

The development, named The National, will include the former First National Bank building, which was also a Regions Bank and has been used in several movies filmed in the area. The whole development will include a 130-room hotel, convention space, outdoor plaza and dining areas, similar to the Avalon development in Alpharetta, according to a press release from Capstone Property Group, the developer.

The revitalization project is expected to cost $50 million dollars and space a full city block, as well as part of another. Groundbreaking is planned for the second quarter of 2021, and completion is expected in December 2022.

“From the emerging Renaissance project on the downtown Square to major ongoing development in Midtown, the City of Gainesville is on a roll – and The National will be one more prized jewel in the crown that puts us on the map of the state’s most desirable places to live and work,” said Jonathan Collins, Capstone’s president.

The next step in the process is completing final architectural plans, the developer said, and selecting a general contractor.

The 130-room hotel will be a seven story Courtyard by Marriott. Architect Vanderbilt and Associates have designed the contemporary hotel, and Capstone said roughly 500 crew and construction workers will be employed to build it, with local hospitality group McKibbon Hotels to manage the facility and its 35 staff members.

The Courtyard by Marriott will sit next to the First National Bank building, which will be restored for a a contemporary meeting space and single-bed suites aimed at graduate students and young professionals. A third building will feature five stories of luxury apartments, including five one-bedroom and 45 two-bedroom.

Local architect Steve Hill of H. Lloyd Hill Architects will oversee the design of the Residences and the bank building renovation. Hill’s father was the architect for the original First National Bank building, according to the developer.

Situated in the middle of the three buildings will be a pedestrian plaza including green space, fireside tables, a water feature, public art, and recreation space.

Capstone Properties has several other projects in mind, including a private dining club and “high tech conference rooms” in a fully renovated Walton Jackson Building across the street, which has remained vacant since Midland Station Coffee Shop closed their doors in 2019.

Developers have also filed for a listing on the National Register of Historic Places for the First National Bank, and plan to apply for a Tax Allocation District property-financing.

Alyson Shields Reporter
More Articles From Alyson »
© Copyright 2020 tjhjmcaz.com
All rights reserved. This material may not be published, broadcast, rewritten, or redistributed without permission.