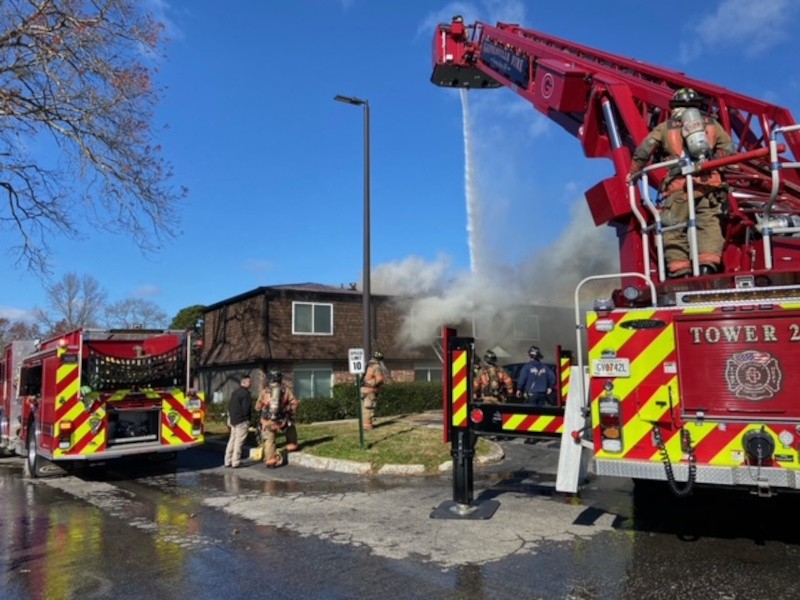 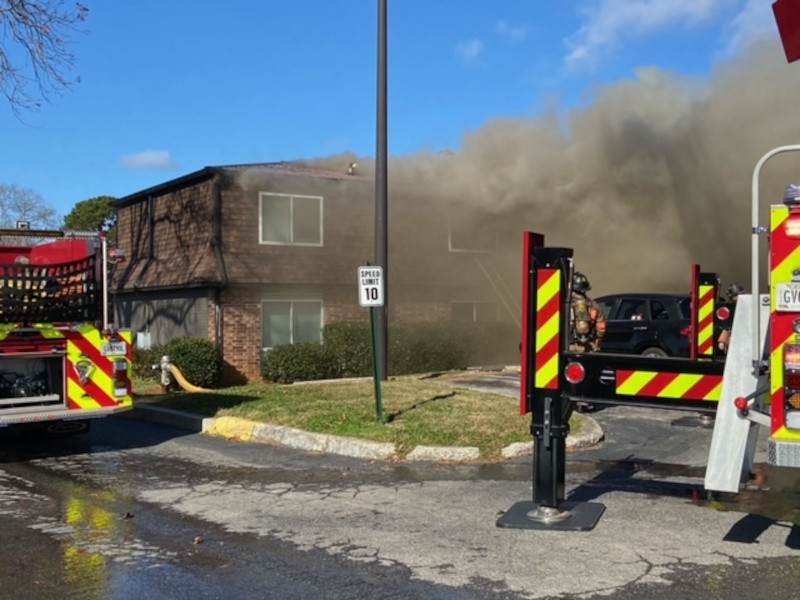 For the second time in 24 hours, units with the Gainesville Fire Department responded to a fire at the Versailles Apartments on Park Hill Drive.

The new fire was in building D of the apartment complex, the same building that caught fire Monday afternoon.

According to Gainesville Fire Division Chief Keith Smith, a call came in just before noon. "Upon arrival, at both fires, there were heavy flames and smoke showing from the 'D' building," says Smith.

18 people from the complex were displaced in Monday afternoon's fire; an additional 13 people were displaced in today's incident. The "D" building is now unlivable and all occupants have found other temporary housing.

Both fires are under investigation and a cause has not yet been determined for either one. It is unclear if today's fire was related to the one yesterday.

No injuries were reported at either fire.

This story will be updated as more information becomes available.

© Copyright 2020 tjhjmcaz.com
All rights reserved. This material may not be published, broadcast, rewritten, or redistributed without permission.